A totally new way of surfing.
A life-changing experience.

pre-orders and counting on kickstarter and indiegogo

Hooks up to any surf board in 5 minutes.

Attach the controller to the top of your board or keep it in your hand. Press the big button for a long boost and the small button for a quick 2-second boost.

Gives your board 20 pounds of thrust, equivalent to 15 people rowing a canoe at full speed.

Pushes you to a top speed of 10mph, helping you catch more waves.

Packs enough battery power to last for an average surfing session of 60–90 minutes.

Ready for rough seas, your Boost Fin's shock-resistant body is designed to take some hits.

Propeller pitch, blade surface, and feathering prop are all designed to reduce drag and resistance to a minimum.

Available in white
and black

Adjust speed
as you need
Download on th App Store

“If you ever wished you could fly and catch a wave that you can’t get to when paddling manually, this electric motorized surf fin is exactly what you need.”

“Meet the Boost Fin, the next phase of man’s decades-old quest to motorize surfboards”

“I have to admit that the concept is pretty cool.” 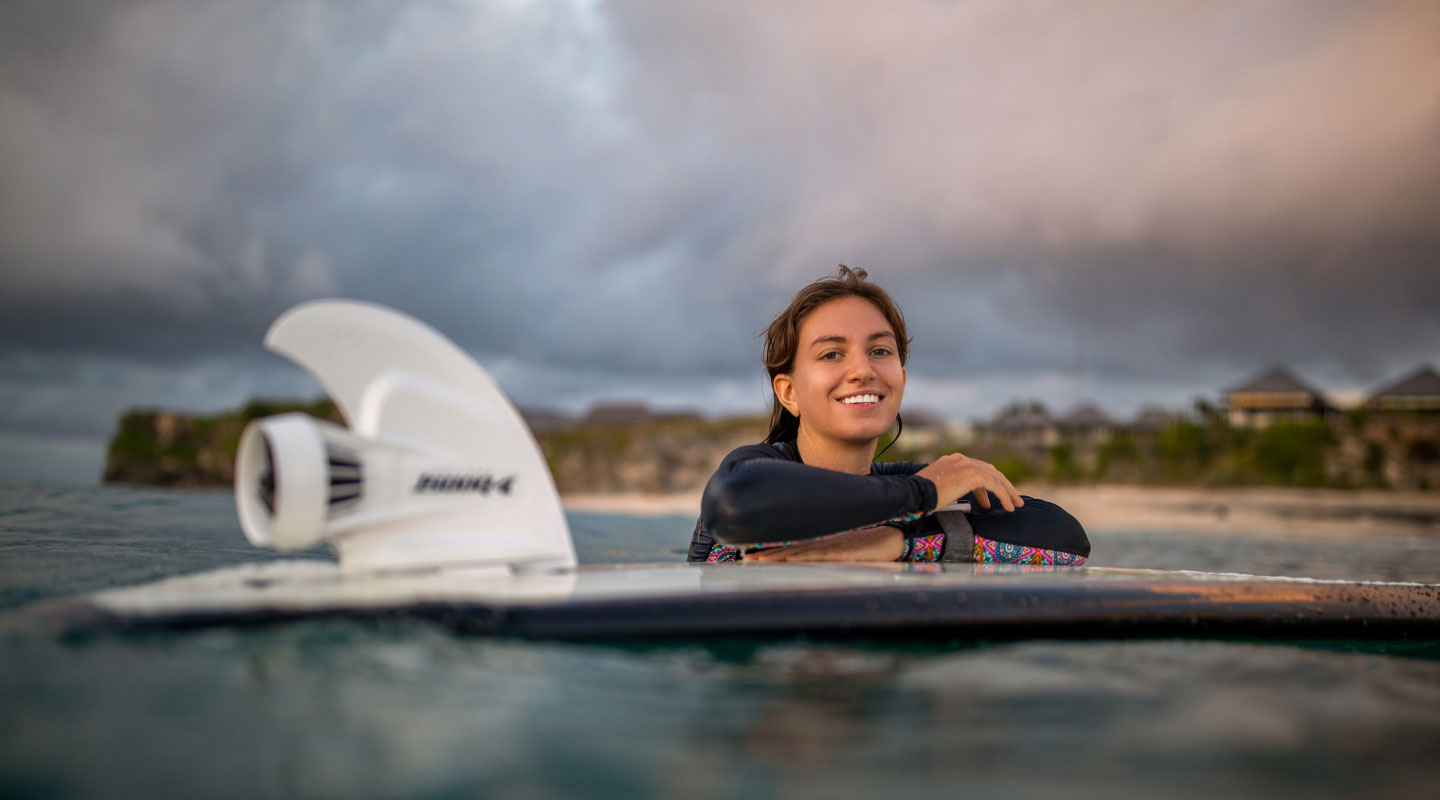 Time to make
some waves. 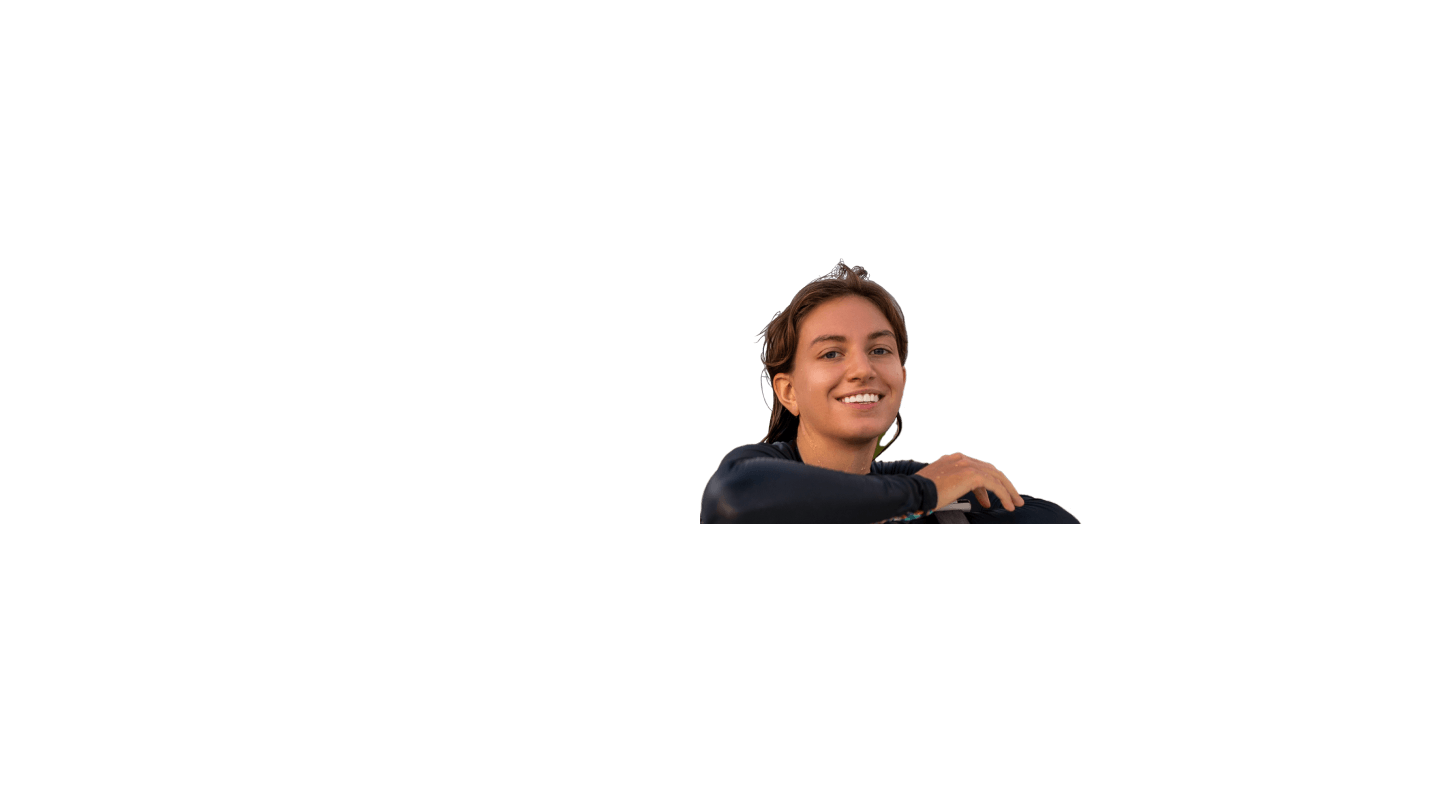 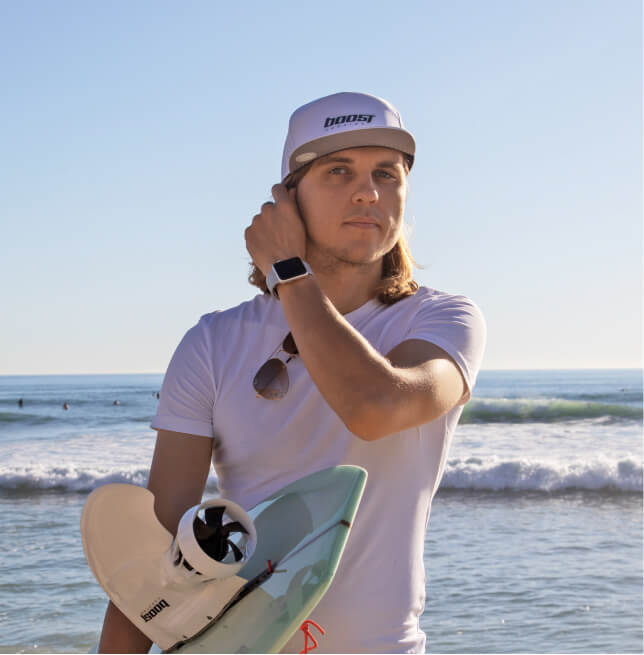 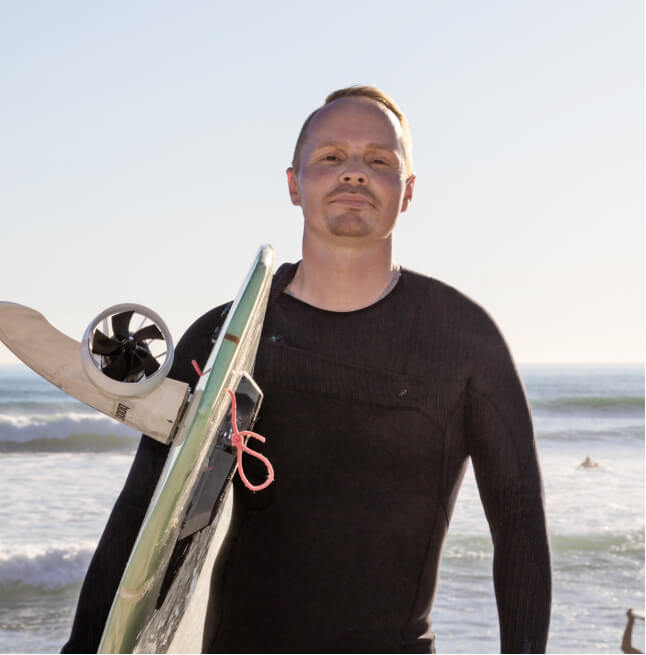 As amateur surfers, Alex and Dmitri really struggled to get into the line-up practicing surfing in Huntington beach, famous for its swells.

Having an old shoulder injury, Alex realized that it would be a major obstacle for him, so he suggested coming up with some solution that can help people get into the lineup quicker. Dmitri supported the idea and suggested putting a motor inside a fin. The idea of an eFin that will give you that push to get to the lineup, to surf longer, and to catch more waves, was born.

Having an engineering degree, Alex got busy bringing this solution to life. He has created the first prototype and together with Dmitri, they began surfing non-stop and testing it. This is how the first electric fin was born.